Lesions are usually asymptomatic, but some cases might present with itching and pain

Patient is a 29 year old male with past medical history of Crohn’s disease, presenting with a one year history of progressively worsening, painful nodules to his bilateral legs and feet.

A punch biopsy of skin was taken from the nodule present to the patient’s plantar-medial left hallux.

Multiple nodules were present on bilateral legs and feet. 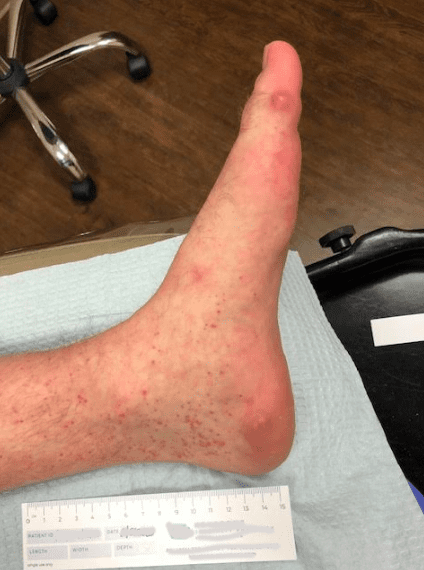 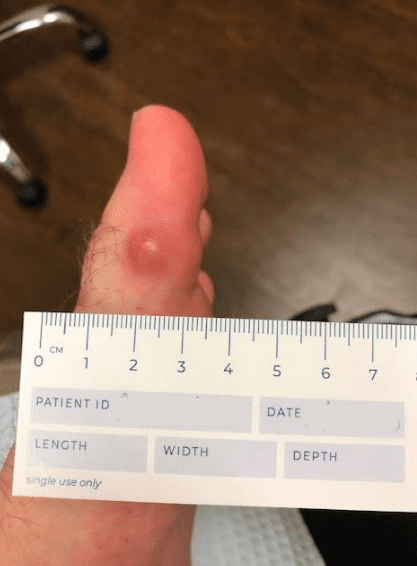 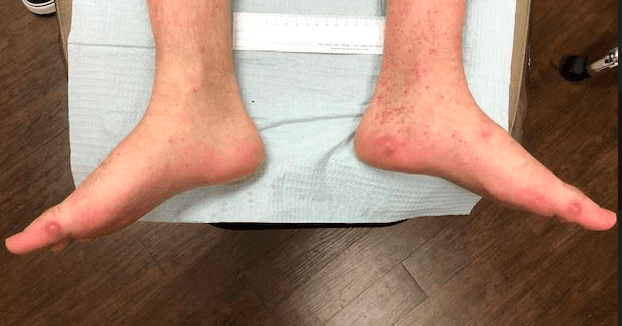 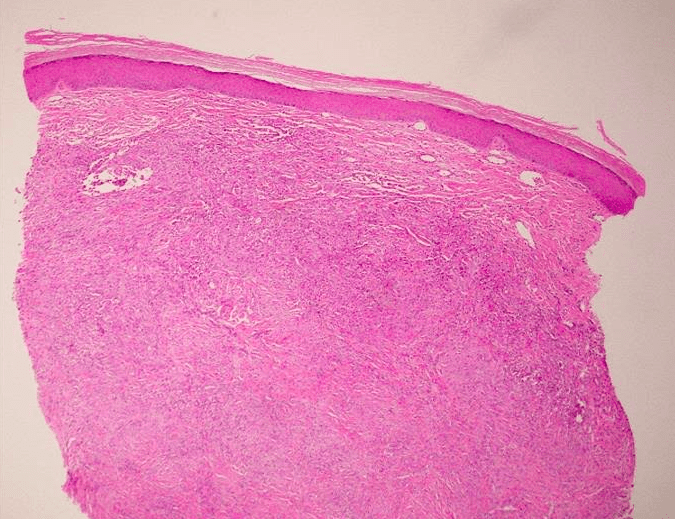 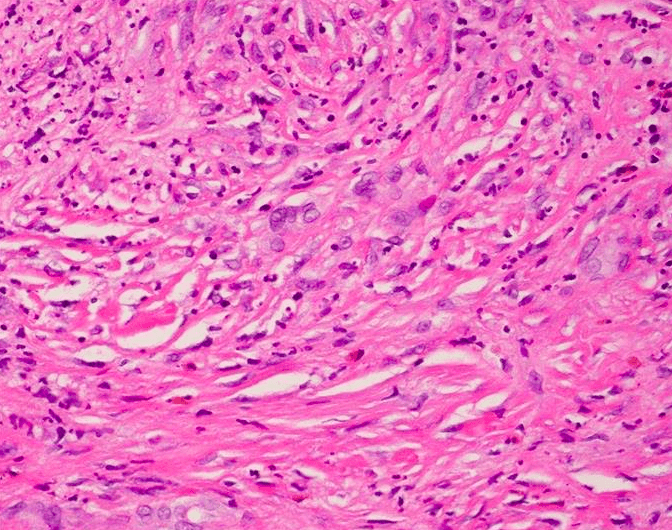 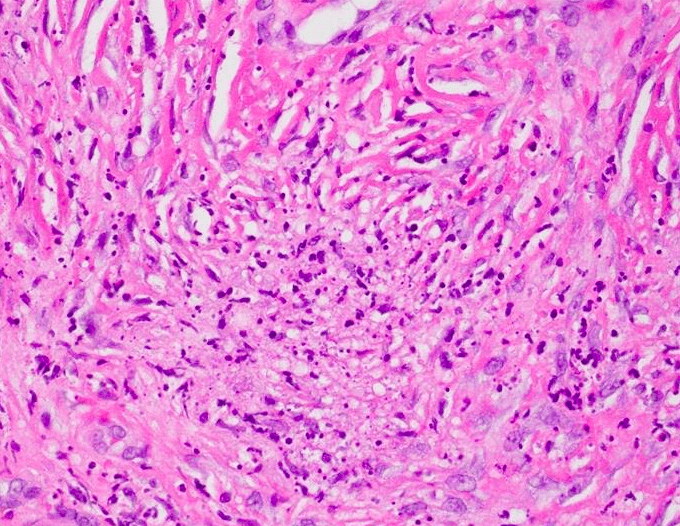 Erythema elevatum diutinum is categorized as a chronic fibrosing leukocytoclastic vasculitis usually occurring in patients in their thirties to fifties, earlier in HIV. The lesions might present as orange to yellow plaques, or red to purple papules and nodules measuring approximately up to 1 cm. They are usually found in extensor surfaces in the back of the hands or fingers, wrists, elbows, knees, ankles, and toes. The lesions are usually asymptomatic, but some cases might present with itching and pain, usually made worse with cold environments.

Inflammatory bowel disease (Crohn’s disease and ulcerative colitis) has been associated with the onset of erythema elevatum diutinum.  EED has also been reported in patients with Celiac disease and resolved with a gluten-free diet.

ANCAs (60% IgA and 33% IgG) are found in EED, however, other ANCA-positive vasculitides such as granulomatosis with polyangiitis and microscopic polyangiitis, do not present with these lesions.

Differential diagnosis includes granuloma faciale which also involves the dermis. Granuloma faciale, however, shows mostly eosinophils whereas EED shoes more neutrophils. Sweet Syndrome is another form of neutrophilic disease with rapid onset of tender and erythematous plaques and nodules, but it is differentiated by the lack of leukocytoclastic vasculitis.

Since EED is generally associated with an underlying systemic disease, such as hematologic conditions, autoimmune disease, chronic infections, HIV- it is imperative to control the underlying cause as well as directly targeting the lesions.

In this particular case, the patient’s EED is likely associated to Crohn’s Disease. Treatment for Crohn’s Disease include anti-inflammatory drugs such as aminosalicyclates, corticosteroids, sulfasalazine and azathioprine. Aminosalicyclates are generally first-line treatment, and suppress inflammation to the intestine. Antibiotics such as tetracyclines and sulfa drugs can also be given adjunctively to kill bacteria in certain areas of the bowel, and also decrease inflammation.

Focusing on the nodules themselves, oral Dapsone is the most common drug given, with a response rate of up to 80%. Dapsone works by inhibiting neutrophil chemotaxis. Second-line drug treatments include corticosteroids, colchicine, and methotrexate.

Surgical excision of the nodules in a progressed disease state has also been found to provide symptomatic relief, however since EED nodules are quite recurrent, multiple surgeries are needed to keep the patient nodule-free.