Our Pathology team members are highly trained medical professionals specializing in diseases of the skin, soft tissue and bone of the lower extremity 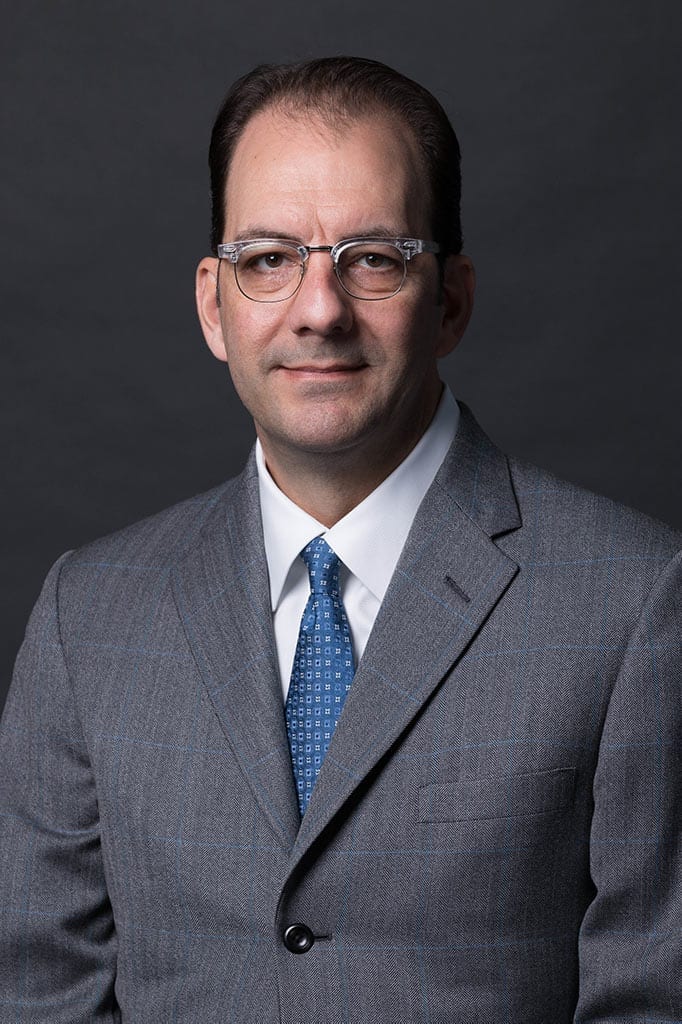 Dr. W. L. Bakotic began his medical training with early acceptance into Barry University School of Podiatric Medicine where he completed his bachelor’s degree through his podiatric medical studies. Prior to graduation, Dr. Bakotic left his podiatry training to initiate studies in Osteopathic medicine at Nova Southeastern University College of Osteopathic Medicine. It was, however, his time at Barry University which set the stage for his interest in podiatric pathology. After graduating with honors and completing his Doctor of Osteopath in 1998, Dr. Bakotic continued his journey at Emory University School of Medicine where he gained training in anatomic and clinical pathology. He remained at Emory University to complete fellowship training in surgical pathology, Cytopathology and Dermatopathology. He is currently board certified in anatomic pathology, clinical pathology, and Dermatopathology. 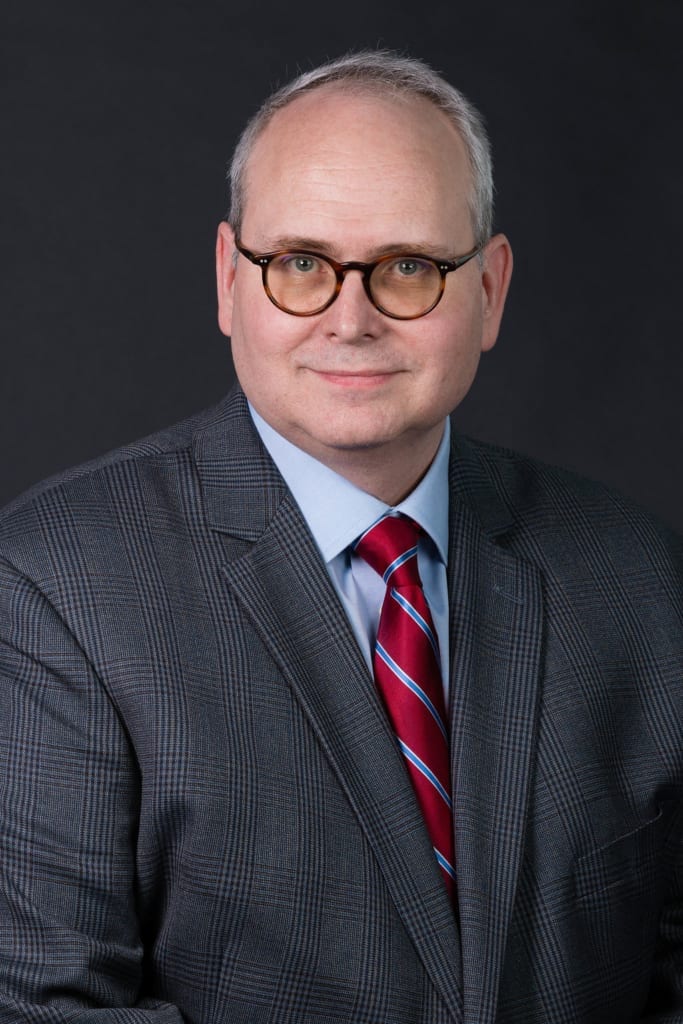 Dr. Scott M. Acker graduated as salutatorian from the University of South Alabama School of Medicine in 1994. He went on to residency in anatomic pathology at Medical University of South Carolina and he continued there in his dermatopathology fellowship under Dr. John Maize. There he developed an interest in melanocytic lesions, image analysis, and technological development in teaching methods. After completing his residency he was appointed Assistant Professor at the Medical College of Wisconsin where he headed up development of their image analysis and laser capture microdissection core facilities. Next he went to lead both the Dermatopathology Fellowship at the University of Alabama, Birmingham as well as a private Dermatopathology histology laboratory. He is currently board-certified in anatomic pathology and dermatopathology, and is one of the few physicians in the country with expertise in diagnostic confocal microscopy. 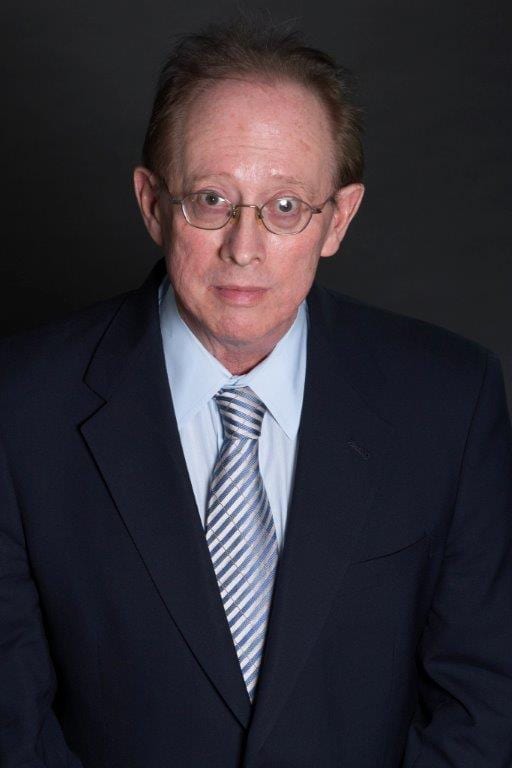 Dr. Winkler, a native of Indiana, received his undergraduate degree from Purdue University. He received his medical degree from the Indiana University School of Medicine and his MBA from the Kelly School of Business. His pathology residency was completed at Indiana University. He obtained his fellowship training in dermatopathology at the Ackerman Academy of Dermatopathology/SUNY Downstate in New York City, New York. Dr. Winkler holds board certification in Anatomic and Clinical Pathology and Dermatopathology. 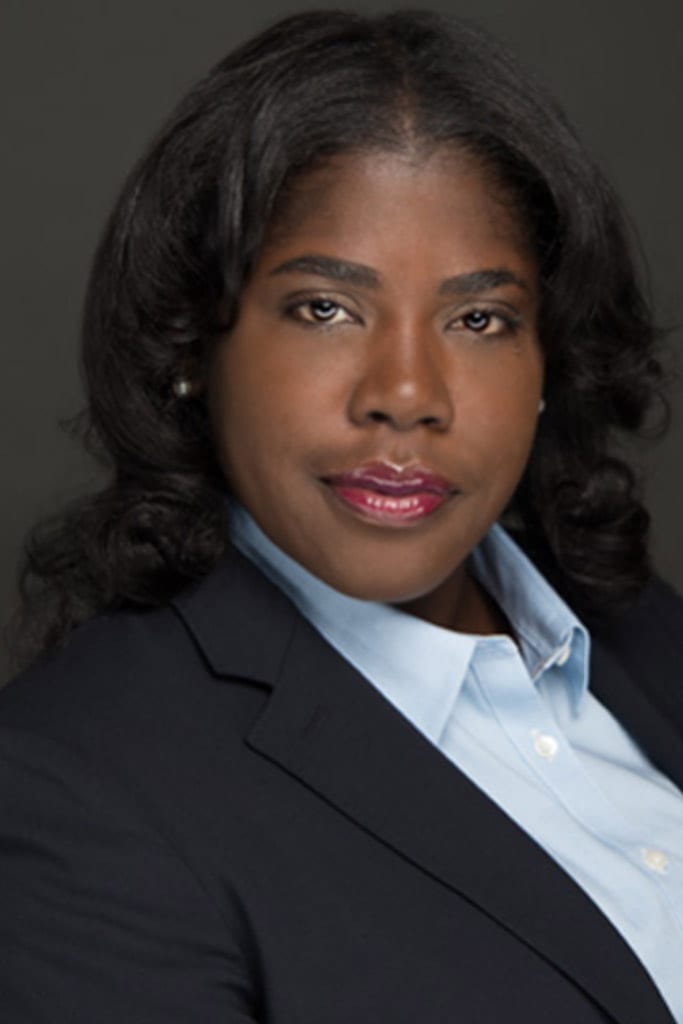 Dr. Whisenant received her doctorate in medicine from Michigan State University College of Human Medicine. She completed her Anatomic Pathology residency at Yale-New Haven Hospital and her Dermatopathology fellowship at University of Texas Health Science Center. Dr. Whisenant is currently board-certified in Anatomic Pathology and Dermatopathology. 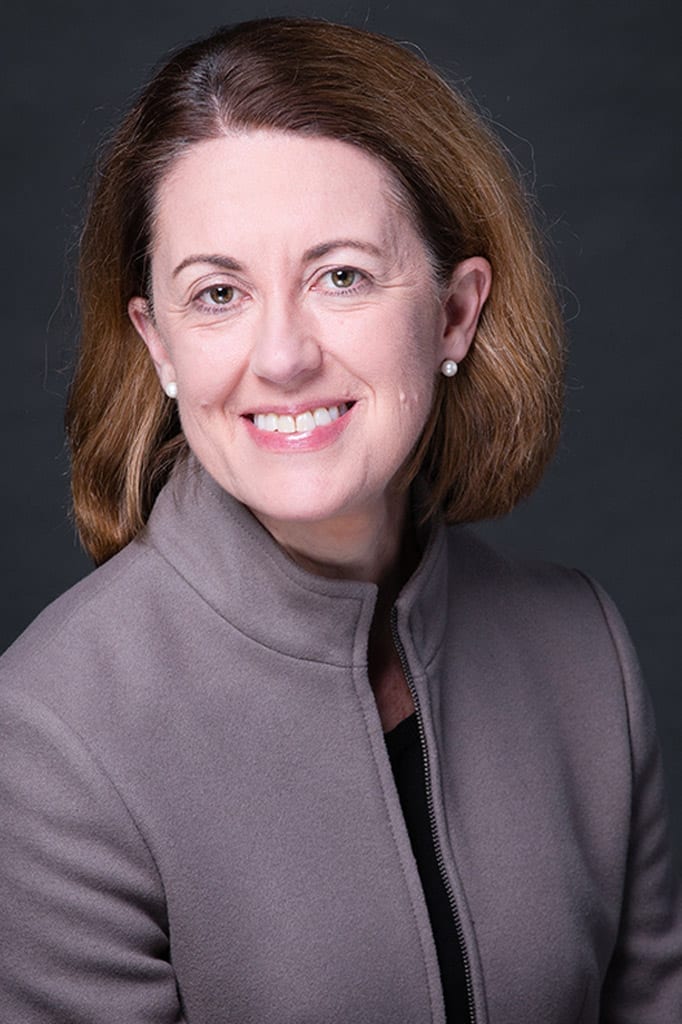 Dr. Carolina M. Montes received her medical education at the Universidad del Salvador in Buenos Aires, Argentina. She then continued her training as a resident in Anatomic and Clinical Pathology at the University of Wisconsin in Madison, WI, Baptist Medical Center in Birmingham, AL and Wake Forest University Medical Center in Winston-Salem, NC. Dr. Montes subsequently completed a fellowship in Dermatopathology under Dr. James Patterson at the University of Virginia in Charlottesville, VA. In addition to being a dermatopathologist, she is also an experienced general surgical pathologist. She has published several journals and is a member of the College of American Pathologists. 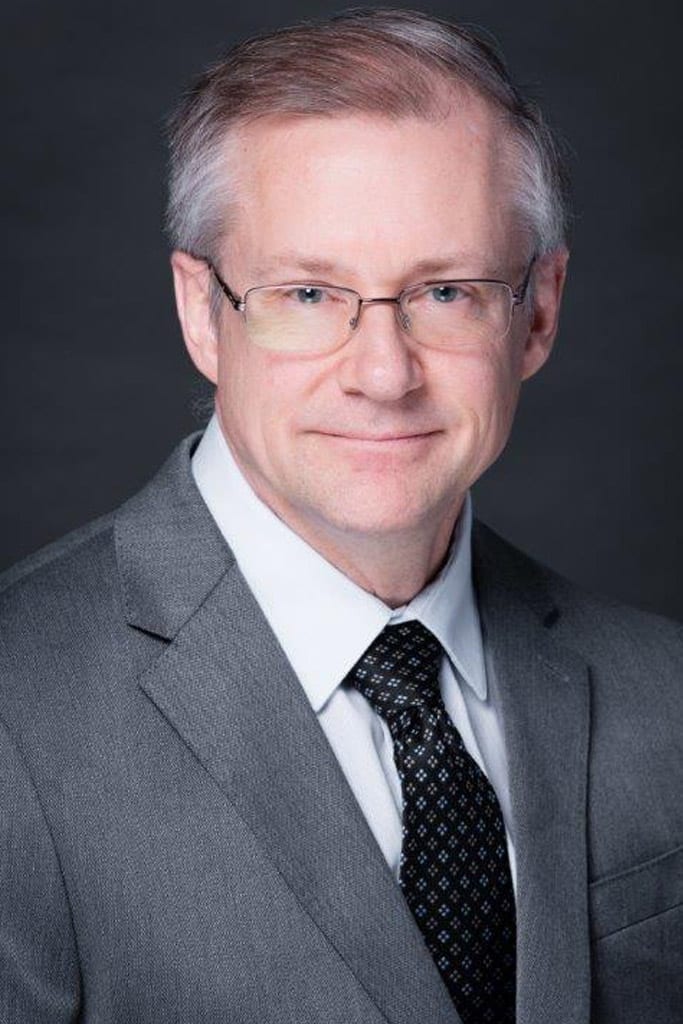 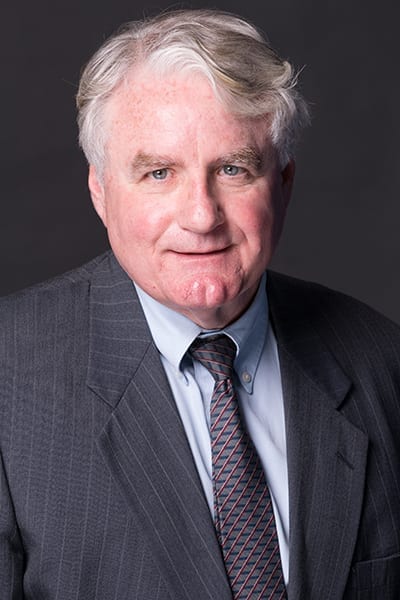 Dr. Boswell grew up in California and West Virginia. He graduated from Marshall University School of Medicine and did his residency at the Bowman Gray School of Medicine. He is board certified in anatomic and clinical pathology and is an inspector for the College of American Pathologists. 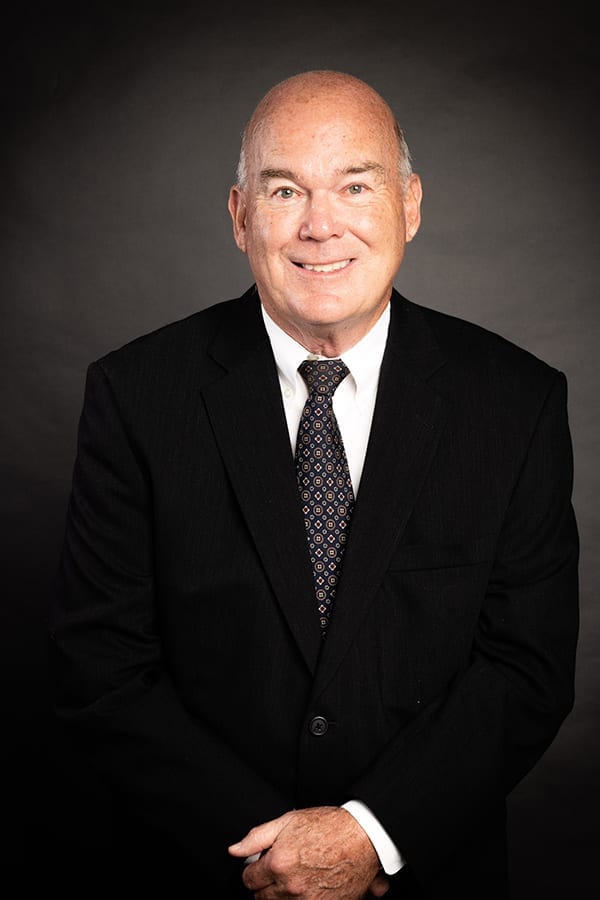 William L. Betsill, Jr., M.D., has board certifications in anatomic pathology and cytopathology. He was medical director for the Laboratory Corporation of America (LabCorp) Central Division in Louisville, Ky., for 14 years prior to joining Bako Diagnostics in 2019. Born in Anderson, South Carolina, he earned a Bachelor of Science from Clemson University in South Carolina and his medical degree is from the Medical University of South Carolina in Charleston. Dr. Betsill’s residency was at Vanderbilt University Medical Center and his fellowship and chief fellowship were at Memorial Sloan-Kettering Cancer Center in New York. Dr. Betsill has served as Assistant Professor of Pathology/Associate Director of Cytopathology at the University of Virginia Medical Center and as Associate Professor of Pathology/Director of Surgical Pathology and Cytopathology at the Medical University of South Carolina. He has also served as Associate Professor at Carolinas Medical Center in Charlotte, N.C., and as Director of Anatomic Pathology at Norton Audubon Hospital and Norton Hospital in Louisville, Ky. Dr. Betsill is a Fellow of the United States and Canadian Academy of Pathology (USCAP), a Fellow of the American Society for Clinical Pathology (ASCP). In addition, he is also a Fellow at the American Society of Cytopathology, Arthur Purdy Stout Society, Society of Surgical Oncology and the College of American Pathologists.

Darren L. Harris, M.D., is a board-certified pathologist, who received his undergraduate degree in chemical engineering at West Virginia University and his medical degree from Marshall University School of Medicine. After medical school, he completed a transitional internship at Tripler Army Medical Center in Honolulu, Hawaii. This was followed by four years of active duty as general medical officer at Fort Bragg, North Carolina, where he provided primary care to soldiers and their family members, as well as overseas deployment with elements of the 82nd Airborne Division. He completed residency in anatomic and clinical pathology at West Virginia University. Dr. Harris then served as Laboratory Medical Director at St. Francis Hospital in South Charleston, West Virginia. He was active on the hospital medical staff, serving as Medical Staff President before joining Bako Diagnostics.